The Ozone Monitoring Instrument (OMI) is a spectrometer that can measure wavelengths from ultraviolet to visible light. OMI was launched in 2004 on board NASA’s EOS-Aura satellite. OMI daily measures the global concentrations of atmospheric ozone and other important gases in the atmosphere at high spatial resolution. 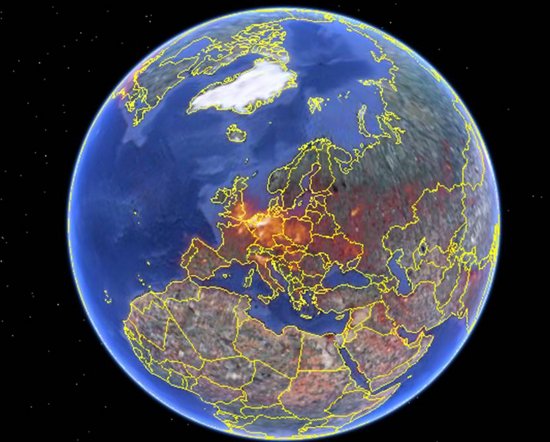 NASA’s Aura satellite investigates whether the ozone layer is recovering as expected; what the sources, characteristics and movements of air pollution in the troposphere are; and how the climate on Earth is changing. The OMI instrument is a spectrometer that looks straight down at the Earth. OMI observes reflected radiation between 270 and 500 nanometres with a spectral resolution of about 0.5 nanometres. The observation angle of the instrument (114°) corresponds to a 2600-kilometre-wide area on Earth. This makes it possible to map the whole atmosphere every day. OMI has a two-dimensional detector. In the normal operational state, a single pixel in the observation is 13 x 24 kilometres at nadir (straight down). In the zoom mode, that resolution can be improved to 13 x 12 kilometres. OMI’s daily global observations provide scientists with crucial data about our atmosphere. Special innovative technology, such as the quasi-volume diffuser for calibration in space, makes an even more accurate interpretation of the data possible. This means a leap forwards in our knowledge about the Earth's atmosphere.

The Netherlands and OMI

The OMI project is a collaboration between the Netherlands, Finland and the United States. NSO is leading the Dutch contribution. OMI is financed by the Ministry of Economic Affairs, the Ministry of Infrastructure and the Environment, and the Ministry of Education, Culture and Science. The instrument was constructed by Dutch Space (now Airbus Defence and Space Netherlands) and TNO, together with numerous Dutch subcontractors. The Royal Netherlands Meteorological Institute (KNMI) processes and analyses the scientific data from OMI.