Astrophysics is the scientific discipline with big questions. What is the origin of the universe? How do stars and planets evolve? And perhaps the most intriguing question of all: how did life on Earth come to be? Astrophysicists are working on the answers to these questions. They cannot do this without the observations from extremely accurate satellite instruments.

The Netherlands has a long and rich tradition in astrophysics. Dutch astrophysical space instruments are world famous and major scientific discoveries have been made with their observations.

A prominent player is the NWO institute SRON. In its role as principal investigator, it has taken part in groundbreaking space instruments and satellite missions such as ANS and IRAS, XMM-Newton, Chandra and the HIFI instrument on the Herschel satellite. During the period 2009 to 2013, this instrument yielded a wealth of information that science can use for many years to come.

The development of astrophysical space instruments is an international effort organised by space agencies such as ESA, NASA and JAXA. Together with SRON, NSO ensures that Dutch political and scientific standpoint interests are contributed. Via ESA, NSO invests Dutch government funding into the development and use of space technology with the aim of ensuring an optimal collaboration between the government, science and industry that yields benefits for all parties involved. 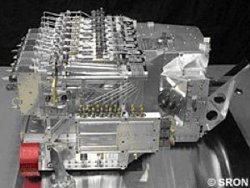 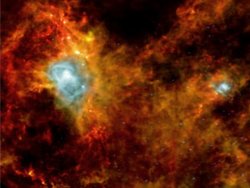