The Dutch ESA astronaut André Kuipers took part in two space missions to the International Space Station. He lived and worked in space for a total of 204 days during the DELTA mission (2004) and PromISSe mission (2011/2012). During these space missions, the entire of the Netherlands lived with Kuipers and there was a lot of media attention for manned spaceflight. 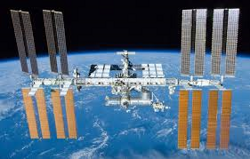 Manned spaceflight is very complex and expensive. So expensive in fact, that a country like the Netherlands cannot act alone in this area. The Netherlands therefore takes part in manned space programme of the European Space Agency. By consolidating its strengths and finances via ESA, Europe can be a full member of the ISS.

The ISS orbits the Earth at a speed of 28,000 kilometres per hour at an altitude of 400 kilometres. The United States, Russia, Japan, Canada and Europe built the station between 1998 and 2011. Now it is used as laboratory for countless experiments in weightless conditions. The ISS has been permanently manned since November 2000 and has been manned by an average of six astronauts in recent years. 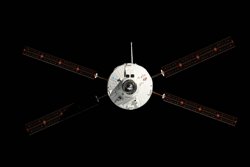 ATV The Netherlands has contributed to the development, construction and exploitation of the ISS right from the start. Examples of significant Dutch contributions in the past include the Microgravity Science Glovebox (MSG) and solar panels for five European automated transfer vehicles (ATV). In the near future, the Netherlands will supply the first set of solar panels for the European Service Module (ESM) on SLS/Orion, the new American space exploration system. The launch of the European Robot Arm (ERA) is planned end of this year. The ERA was constructed in the Netherlands.

Orion Besides participating in the exploitation of the ISS, the Netherlands also participates in the European Programme for Life and Physical Sciences (ELIPS). This includes the development and construction of experiments and experimental facilities in the ISS, but also on Earth in the form of drop towers, parabolic (zero gravity) flights and sounding rockets.