With space missions, scientists observe the heavenly bodies in our solar system and they zoom in on exoplanets: planets around stars other than our sun. With these observations, they try to give answers to questions such as “How did life on Earth come to be?” and “Are there other planets in the universe that could sustain life?” 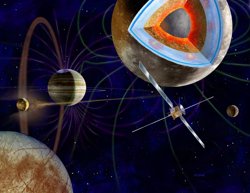 Dutch scientists are involved in various subjects within the field of planetary research. Knowledge of astrophysics and the Earth's atmosphere is used to detect and characterise the atmospheres of planets. Dutch scientists are also involved in Mars research, and they are playing a leading role in the preparations for future international space missions to the ice moons of Jupiter and Saturn. 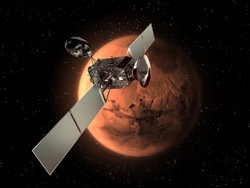 NSO realises the User Support for Space Research Programme in collaboration with NWO. This programme supports Dutch researchers who want to use information obtained from satellites for groundbreaking scientific Earth and planetary research. In addition, NSO contributes to the organisation and strengthening of the planetary research community in the Netherlands, for example via the National Platform Planetary Research (NPP). NSO also acts as the intermediary between space agencies like ESA and Dutch scientists and industry.