“The space station will have a clearly visible Dutch contribution”

The European Robot Arm (ERA) will be launched to the International Space Station ISS this summer. This marks an important milestone for the Dutch space sector, since ERA was designed and built almost entirely by Dutch businesses. Sytze Kampen, head of technology at Airbus Defence and Space Netherlands, reflects on the process and looks toward the future: “Above all, I feel very proud.”

A Dutch robot arm on board the International Space Station. That sounds special. 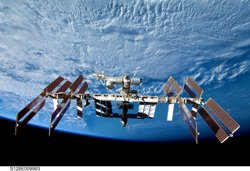 The International Space Station | Source: NASA “It is. The American section of the International Space Station utilises the Canadian robot arm. It can move hardware around, conduct inspections and help astronauts during their space walks. The Russian section of the station has had to make do without a robot arm until now, but this launch will change that. This piece of Dutch technology will play a very important and highly visible role in manned space flight.”

What was - and is - your involvement in the ERA programme?

“The robot arm runs like a central thread through my career. I have been involved in this project since the mid-nineties. I started out working on the design as an engineer and became the project leader in 2016.”

Is it common for a space project to take that long?

“Delays occur all the time in the space sector. Nevertheless, we have been exceptionally unlucky with the ERA project. The robot arm will become part of Nauka, a Russian laboratory. That project was delayed multiple times, which meant we could not move ahead with ERA's development. The Netherlands has had to be extremely flexible and take its responsibility time and time again. That was not always easy, but I am very glad we did it anyway.”

What Dutch parties contributed to the robot arm's development?

“The main contractor is Airbus Defence and Space Netherlands, formerly known as Fokker Space. We took care of the entire design and the assembly process. We also handled the analyses, simulations and the project management. Stork provided the electronics and the drive for the arm's joints and for the end-effector. TNO developed test equipment for the zero-G test facility. Lastly, the NLR was responsible for the ground segment, the tools used for training and mission preparation.”

ERA in test setup at Airbus in Leiden | Source: Airbus Defence and Space Netherlands What has working on the ERA project done for the Netherlands?

“ERA is a large and complex programme. Hundreds of people in a wide range of positions worked on the project. As such, the robot arm produced two generations of highly trained engineers with specialised knowledge. Some of them still work in the field of space technology to this day. Others have since left for ASML, Thales or various high-tech SMEs. This summer, everyone who has been involved in the project will surely want to see their work be sent into space.”

Is ERA still a valuable addition to the ISS, despite the project's long lead time?

“If you were to grab a twenty-year-old laptop or camera, it would not do you much good anymore. For a robot arm in space, the situation is different. The tasks that ERA will perform are still as relevant as ever: moving scientific experiments around and facilitating inspections of and maintenance to the Russian part of the ISS. The technology is also still state of the art as a result of a number of updates to the arm and the ground segment that we implemented over the years with help from ESA.” 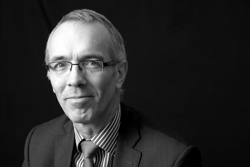 Sytze Kampen, projectmanager ERA at Airbus Nederland | Source: Airbus Defence and Space Netherlands How do you expect to feel when ERA takes off this July?

“Above all, I feel very proud. It amazes me that a small country like the Netherlands gets to make such an important contribution to the space station. It is only possible because we took some brave decisions over the years and were always driven by our clear vision on robotics in space. The various parties involved in the project deserve our respect for their perseverance. I feel proud of what we were able to achieve and relieved that the launch is finally at hand.”