The European space agency ESA is exploring whether Harmony should become the tenth satellite mission in the European Earth Explorer programme. The Dutchman Paco Lopez Dekker plays a key role in this process. As Principal Investigator (PI) of the mission and leader of a new Dutch “knowledge network,” he strives to increase the Netherlands’ contribution to the use of radar technology in space.

Harmony consists of two identical satellites that receive radar signals transmitted by ESA’s Sentinel-1 satellite. This results in valuable and highly detailed data on land (deformation, e.g. as a result of earthquakes and volcanic eruptions), water (the interaction between ocean and atmosphere and rising sea levels) and ice (changes in the volume and glacier deformation). 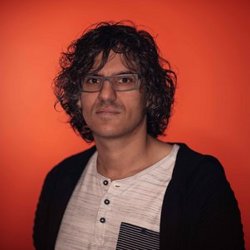 Paco Lopez Dekker | Source: TU Delft Over the course of the next eighteen months, ESA will assess the technological and scientific feasibility of the mission. Paco Lopez Dekker, associate professor of Geoscience and Remote Sensing at Delft University of Technology, plays a key role in this process as PI: “As a scientist, I try to find the answers to important questions about our planet and our environment with the help of radar measurements from satellites. I know exactly what those measurements should look like. Engineers and technicians can use this information to determine how to build the satellite instruments.”

Lopez Dekker is the first Dutch PI of an Earth Explorer mission. This is a prestigious role that strengthens our scientific position in the world and offers concrete advantages for the Dutch space industry: “I am looking for reliable partners for this project close to home. The KNMI and the University of Twente are already on board. In the years to come, MetaSensing and Deltares will play a role in the preparations for the mission. Once the satellite is up and running in just under ten years, Dutch parties will be among the first who get to use the data it produces.”

The NSO has thus far supported Lopez-Dekker’s scientific research into the Harmony mission with a sum of €200,000 out of its budget for instrument development. Furthermore, the NSO partnered with the Dutch Research Council (NWO) to invest another €750,000 in the development of a “knowledge network for ground-breaking radar technology,” which is also run by Lopez Dekker. This knowledge network brings universities, institutions, businesses, governments and users together to work on the theme of radar technology in space.

“For years, the Netherlands has had a reputation in the space industry as a developer of optical instruments,” says Radboud Koop of the NSO. “We are also heavily involved in the development of radar technology, albeit mostly for applications in the maritime, aviation and defence industries. The Harmony mission and the knowledge network give the Netherlands new opportunities to further develop radar technology for the space industry as well.”

Besides the development of hardware for space missions, the applications of radar instruments are particularly interesting for the Netherlands. “The need for radar satellite data is growing,” Koop explains. “One major advantage of conducting measurements with radar instruments is that radar can penetrate clouds. For a rainy country such as the Netherlands, that is an important benefit. Radar data can help improve applications in the agricultural sector. Furthermore, we can use radar data to conduct research into other themes that are relevant for our country, such as the rising sea level and land deformation.”

The feasibility study for the Harmony mission will conclude in July of 2022. If it turns out that the satellite offers sufficient scientific added value and it is feasible from a cost perspective, its development can be greenlit. The launch is projected for 2029 or 2030.