Nine new research projects in the area of earth observation

The Dutch Research Council (NWO) has awarded funding to nine new research proposals in the area of earth observation. The researchers involved will receive the grant from the User Support Programme Space Research, which the Netherlands Space Office (NSO) realises on behalf of NWO. The programme makes it possible to use the infrastructure in space for earth observation and planetary research.

The nine projects will add to our scientific knowledge about the climate and the environment and will therefore serve both a scientific and societal interest. In this funding round, the selection committee assessed 45 proposals. With the nine proposals awarded funding, the total budget for this call is about 2.6 million euros.

Sea level changes continuously and sometimes very fast in coastal regions where the largest earthquakes occur occasionally. This projects investigates a new method for forecasting these earthquake cycle-related vertical motions of the solid earth that cause the relative sea level changes. This is important for designing harbour and coastal defence infrastructures.

Aerosols are small particles in the atmosphere that affect climate by reflecting and absorbing sunlight (direct effect) and by changing the properties of clouds (indirect effect). In this project the effect of aerosols on clouds will be investigated, making use of the new NASA satellite PACE.

This project aims to develop a processing scheme for SAR altimeter data that provides high-resolution coastal water levels. The data will be used to assess the water level variability in the Rhine region of freshwater influence.

Geothermal energy is one of the sustainable resources that will power our future. This research will use data acquired from the International Space Station to test a novel approach for mapping small temperature variations at the Earth’s surface. The results will help explore for new geothermal systems in the subsurface.

Subsidence caused by groundwater production and sea-level rise affect the coastline of Bangkok, Thailand, and increases flood risk in this area. By combining satellite observations with model forecasts, subsidence and sea-level rise can be better estimated, which ultimately helps to prevent and mitigate flooding.

Using novel ICARUS-technology from the ISS, this project builds on a classic field-experiment to study how juvenile songbirds develop navigation from an innate clock-and-compass orientation system. 1000 migrating songbirds will be tracked, a part of which will be translocated to Switzerland to assess whether they correct for this and how they respond to natural disturbances.

In this project, the vast potential of a historical set of aerial images will be unlocked to derive long-term changes in ice elevation of the Antarctic Peninsula. This will yield a unique insight into the response of Antarctic glaciers to a rapidly changing climate.

This project employs space‐geodetic techniques and advanced geophysical models to investigate the long‐term (1992‐2022) seismic behaviour of the Palu‐Koro fault in Sulawesi, Eastern Indonesia. This active fault generated a large (Mw 7.5) earthquake in 2018 through Palu city, followed by an unexpected and devastating tsunami in the Palu Bay.

Wadden systems are important feeding areas for fish and birds, threatened by economic activities and climate change. Monitoring is hampered by tidal submergence and low accessibility of mudflats, and snails, worms and shells preferring the subsurface. With satellite/drone images and machine learning, this project will map food availability in the system. 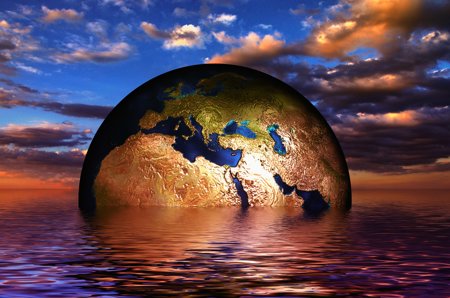