“In earth observation, everything comes together”

For three years, NSO's Joost Carpay held the position of chairman of the European aerospace organisation ESA's earth observation programme board. His term is now up and he is handing over the reins to his successor. It is an important board for the Netherlands and the rest of the world, says Carpay: “In earth observation, everything comes together.”

In layman's terms, what is an ESA programme board?

Joost Carpay iscuss such questions as: “What are our priorities,” “What missions will we undertake” or “How should we spend our budget?” As chairman, it was my responsibility to make sure these decision-making processes proceeded smoothly.”

What makes being the chairman of the earth observation programme board unique?

“As I like to say: my heart lies with the Science (astronomy) programme, but my head lies with earth observation. Earth observation is literally essential to humanity: only from space can we observe the system of Earth as a whole. It brings together so many different aspects: science, politics, major issues such as climate change and air quality, industry, technology and - increasingly - the commercial market. Overseeing all these facets together with highly driven people from ESA and all its member states, that is what makes this position so unique.”

For ordinary citizens, it is probably a bit hard to relate to. What use is earth observation to them?

“I get that. Still, what we do in the earth observation programme is highly relevant to our daily lives. With satellites, we can get a good overview of what is happening to our planet, e.g. with regard to the air, the land, the sea level and the climate. We have decided that anyone in the world may use all earth observation satellite data however they want. With such a democratic approach, we can help humanity get ahead.”

What were your three years as a chairman like?

“A lot of what we do plays out in the long term. Think of making preparations for new satellite missions as part of the Copernicus programme, Europe's operational earth observation system and preparing the triennial ministerial conference, during which the ESA's budget is determined. Then there is the work we do with the industry responsible for making all these new missions possible.”

In 2019, we made the final selection for the ninth Earth Explorer mission (FORUM, which will make an important contribution to our knowledge of Earth's climate) and in 2018, we selected the final three candidates for the tenth Earth Explorer mission out of all ideas submitted by European scientists. These three candidates will elaborate their ideas, after which one will be selected.

With these two choices, a solid foundation has been laid for future earth-observation research using ESA satellites.

Were there enough scientific ideas to work with?

“More than enough. In my work, I was sometimes torn between feelings of amazement and frustration. Amazement because we would have fifteen to twenty incredibly good ideas to choose from, followed by frustration because we could only implement one of those ideas. That means disappointing people who have poured their heart and soul into their work. Still, this is the way to select the very best and most relevant ideas for future earth observation missions.”

Is the chairmanship of a programme board important for the Netherlands?

“I believe it is. For three years, you are highly visible and close to the action. That can be important, especially when it comes to the field of earth observation in which the Netherlands is very active."

What are you most proud of?

“The fact that everything went relatively smoothly these past three years. There were no major controversies and we carried all plans through the ministerial conference unanimously. I hope that the Netherlands can continue to play an important role in the years to come with regard to instruments and their usage.

The ESA missions give businesses the opportunity to demonstrate the mission-worthiness of their hardware. That is important as the aerospace industry becomes increasingly commercialised.”

What will you do once your chairmanship is officially over?

“For the time being, I will remain involved in this programme board in the background as back-up to Jasper van Loon, the Dutch delegate. Furthermore, I am still a delegate myself in the scientific programme board and I am in charge of the NSO team that oversees Institutional Programmes (ESA, EU, national). Of course, I will also continue to work hard to help realise the NSO's ambitions: further increasing the value of aerospace for businesses, the government and Europe.” In the near future, we hope to make that aspect much more visible. 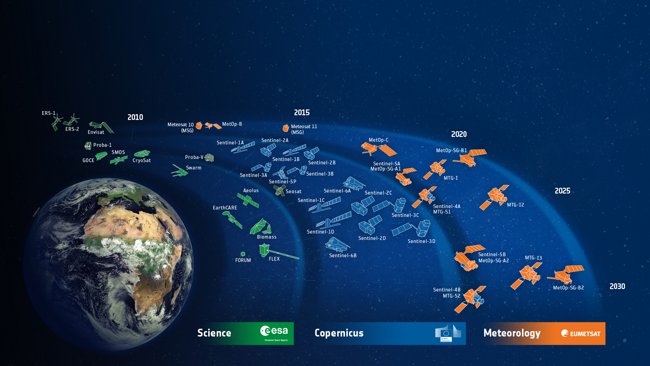