Finding habitable twins of the Earth, looking farther into the universe than ever before and mapping stellar nurseries: astronomers have sky-high ambitions to increase our knowledge of the universe (and our place in it). This becomes evident from the latest plans of ESA, NASA and the European Southern Observatory (ESO) for the coming decades. To build the telescopes needed for this groundbreaking science, scientists are constantly working on increasingly sophisticated technologies. This week, the latest developments in astronomical (space) instrumentation will be presented at the "SPIE astronomical telescopes and instrumentation" conference in Montréal.

This event takes place once every two years and is the most important conference on (optical) astronomical instruments and telescopes in the world. The conference consists of a symposium with technical and scientific presentations, and an exhibition where research institutes and industry present themselves and make new connections.

The Netherlands is well represented at the conference. According to Thomas Wijnen, instrumentation coordinator of NOVA and organizer of the Dutch pavilion at the fair, this makes sense. "The Netherlands definitely belongs to the world top in the field of astronomical technology and research, and regularly contributes to ESO’ telescopes and ESA and NASA missions with innovative technology developments”

An example is the MIRI instrument on the James Webb Space Telescope (JWST). During the symposium, there is a lot of focus on the telescope: after a successful launch at the end of last year, the first images were released last week. One of the four instruments on board the JWST is for a significant part of Dutch origin: the optical heart of MIRI that measures mid-infrared radiation was built by NOVA, in collaboration with SRON, ASTRON and TNO, among others.

According to Wijnen, the Netherlands continues to innovate: "At the moment, for example, technologies are being developed at Leiden University that will enable direct observations of exoplanets. The goal is for these techniques to be used in telescopes on Earth as well as in space telescopes in the future." 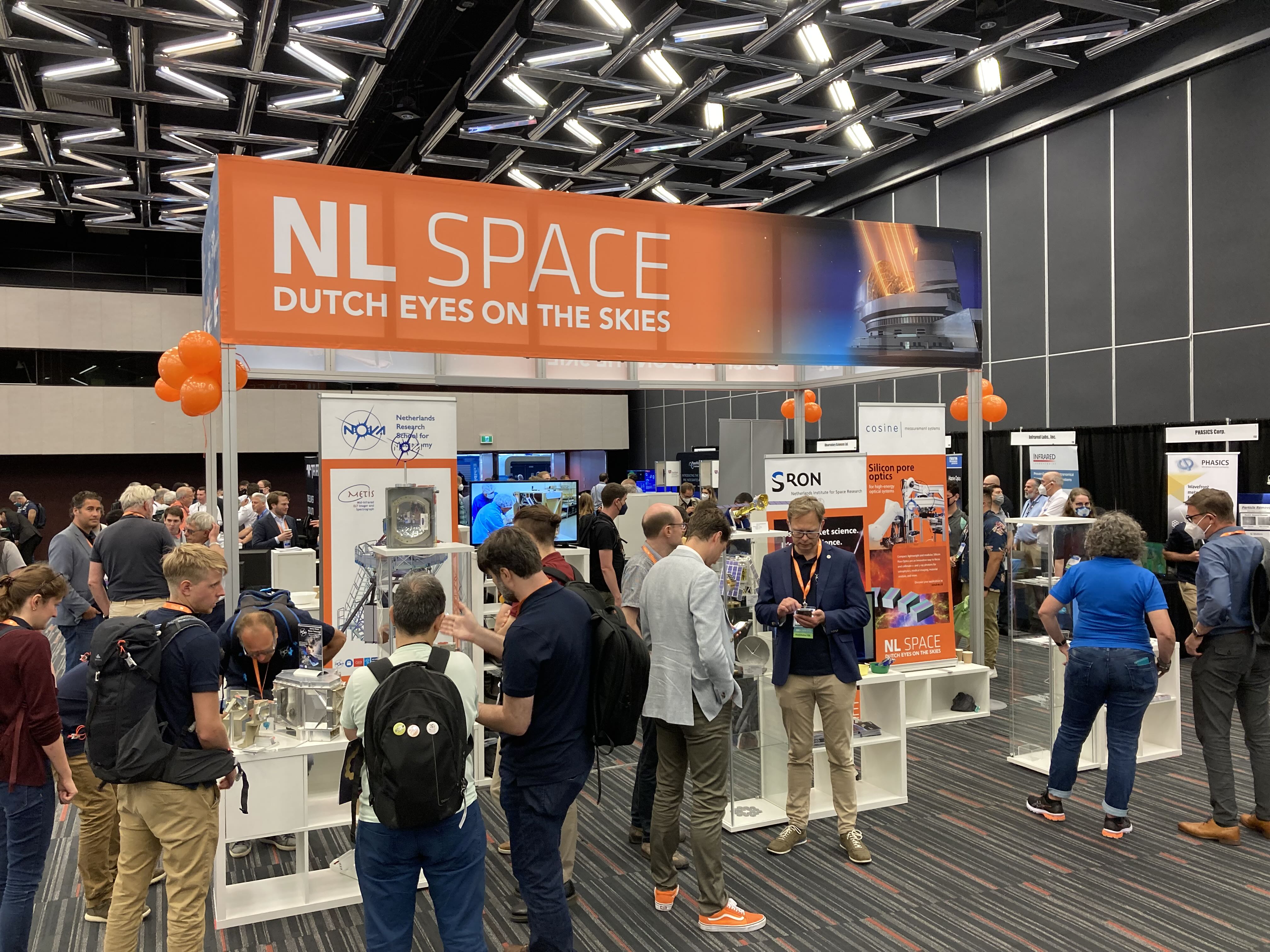 At the fair, the NLSpace pavilion, where Dutch institutes and companies present themselves as a strong space community, is not to be missed with its striking orange banners. Here new connections are made between global industry and research institutes. The NL Space Pavilion is co-financed by NSO, SpaceNed and the ILO network. This year, Cosine, Dutch United Instruments, NOVA, SRON, TNO and VDL ETG are taking part in the pavilion. The contacts made and the ideas and collaborations arising this week will allow astronomers to continue to advance our understanding of the universe in the future.