A Dutch prototype is ready to be built into the test model of the Laser Interferometer Space Antenna (LISA). This ESA space mission, to be launched in 2037, will measure gravitational waves. The TNO research that led to the device was selected for funding of 1.4 million euros by NSO from the budget made available by the Ministry of Education, Culture and Science.

LISA will consist of three satellites, positioned in a triangular formation, at a distance of 2.5 million kilometres (about 400 times the diameter of the Earth) from each other. A gravitational wave changes the distance between the satellites, which is measured by lasers. This is a very delicate job: to make a detection, LISA must be able to measure a difference in distance on an atomic scale. These lasers must therefore be set extremely accurately, and that is where TNO comes into play. 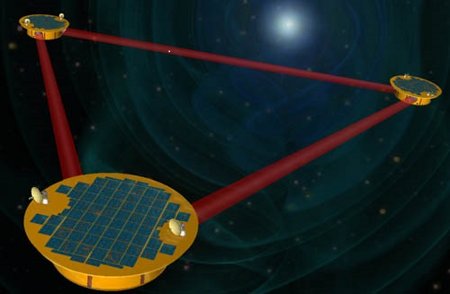 Fly on the Euromast

In the gravitational wave detectors used on earth, a laser sends out a beam of light, which is then reflected to the detector by a mirror. This is impossible in space because after 2.5 million kilometres the signal is much too weak to bounce back. Instead, the light signal is captured, copied and re-emitted by another laser.

TNO creates the mechanism (Point Ahead Angle Mechanism, PAAM) that ensures that the light rays end up in exactly the right place.

In the past project, TNO has further developed this component from a prototype to a solid product. The accuracy has been increased and the lasers can now be adjusted so precisely that someone from Groningen could point out a fly on the Euromast in Rotterdam. 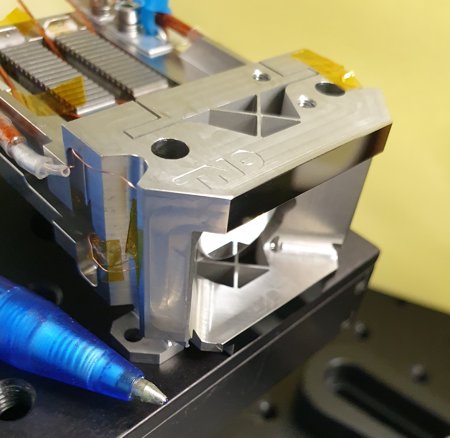 On the right the PAAM, on the left a ballpoint pen to indicate the size. Source: TNO

The PAAM that TNO has developed is ready to be attached to the LISA test model, where all components come together.

In a follow-up project, TNO wants to prove that the PAAM can withstand the harsh conditions in space. Before the PAAM can be launched into space, a variety of tests (among which radiation and shaker tests) needs to be carried out. The integration of the PAAM in the rest of the LISA detector (both mechanically and electronically) also needs further design. This involves close collaboration with SRON, which is working on the electronics for the TNO mechanism.

Dutch contribution to the LISA mission

LISA is an ESA project and the development of LISA components takes place in the various Member States. TNO has proven that the Netherlands is a good candidate to build the precision optics for the LISA detector. Participation in the project is important for Dutch scientists: it guarantees access to LISA's wealth of data. For Dutch astronomers, LISA is a top priority for the coming years.

Internationally, the Netherlands has a very strong position in the field of precision optics, so this project was worth investing in, according to NSO. With this project, we are expanding our reputation and knowledge in this field. The technical knowledge can also be used for all kinds of other developments, from the chip industry to satellite communication.