Netherlands Space Office
>
Home  / News  / Interview: “If you look carefully, you will discover space activities in the world around you”

Interview: “If you look carefully, you will discover space activities in the world around you”

She studied Communication and Digital Media, but ended up working in IT in the space sector. Today, Alexandra Zevenbergen discusses the use and importance of Galileo's secure navigation signal as a PRS specialist. “Space activities may not seem that important, but we all rely on them every single day and we can truly benefit from them.” 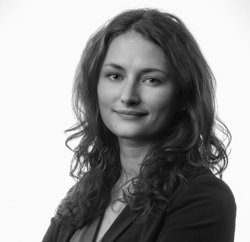 You have worked in the space sector for six years now. What makes this “your” world?

“When I told them that I would be working in IT in the space sector, the people around me were surprised but also very curious. Space speaks to the imagination of many. My work is mostly about making the connection between technology and people. It is about answering the question of how that amazing infrastructure we have out in space can help us in our daily lives down here on Earth?”

What do you tell people about your work at a birthday?

“I work with satellite navigation. Everyone uses that on their phones, so that part is easy. Then I tell them that I started out working on the infrastructure of the Galileo system, the European satellites that transmit navigation signals to Earth, before switching to the application side - and not the application of the signal you use on your smartphone, but rather Galileo's secure signal: the Public Regulated Service or PRS for short.

How can that PRS signal benefit people here on Earth?

“Satellite navigation is used for an incredible number of activities on Earth. We all use satellite navigation in one way or another; ordinary people in the street, as well as the government and businesses. It is used during the transportation of valuable or hazardous goods and to keep our country safe, which is a job for the armed forces and the police. Banks also use satellite signals to add a time stamp to their transactions. Especially when it comes to security, it is important to make sure that people cannot jam or spoof your navigation signal. The PRS signal has more protections against such intrusions.

What are jamming and spoofing?

Everyone can receive the “ordinary” satellite signal from Galileo or the American GPS. However, this signal is also easy to tamper with. Spoofing means tricking the receiver so that the location it shows is no longer accurate. Jamming is about using one signal to overpower another. That makes it harder or impossible for someone to accurately determine their position. PRS is the answer to both problems. It is a secure signal coming from the European Galileo satellite navigation system. When you use it, you can be sure that your signal is both secure and reliable.

“Every European member state that uses PRS has to give permission to parties that want to gain access to the signal. However, it is also important to allow users to experience first-hand what they can do with it. We demonstrate this technique to potential users, such as the government. In 2020, for example, we organised a PRS user day together with the NSO and the Ministry of Infrastructure and Water Management. More than thirty participants from different ministries got the chance to discover what the secure signal is and what problems it can help prevent.

So, your job is to recruit future users of PRS in the Netherlands?

"Yes. The Netherlands is ahead of most other countries in this regard. We have the demonstration days and a PRS user group that interested parties can join and which organises get-togethers. Furthermore, we as a sector are working on a knowledge centre, the so-called Centre of Excellence, in which we can bring the sum total of Dutch knowledge about reliable satellite navigation together and advise users and developers.”

Bringing technology and people together...

"That's right. Many people still have no idea how incredibly useful and versatile satellite applications can be. That is as true for Galileo's PRS service as it is for open services and earth observation data from space and many other space applications. Space activities may sound terribly complex, but if you look carefully, you will discover that they are closer than you think and can be found everywhere in the world around you.”