Today NASA and the Dutch space sector reaffirmed their cooperation in Earth observation. The celebration took place at the 70th International Astronautical Congress (IAC) in Washington DC in the presence of the ambassador of the Netherlands André Haspels and Dutch astronaut André Kuipers. SRON Netherlands Institute for Space Research, Airbus Defence and Space Netherlands, supported by TNO, will develop the aerosol instrument SPEXone that will fly on NASA's PACE satellite, scheduled for launch in 2022. 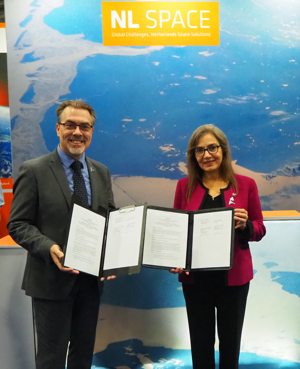 SRON director Michael Wise and NASA director Earth Observation Sandra Cauffman. SRON director Michael Wise and NASA director Earth Science Sandra Cauffman exchanged the signed agreement that confirms the cooperation on PACE. US-NL cooperation in the field of earth observation has been longstanding and successful according to the director of the Netherlands Space Office Harm van de Wetering: “Thanks to the Dutch Ozone Monitoring Instrument (OMI) launched in 2004 and currently flying on NASA’s EOS AURA satellite we have been able to see the result of the right measures on the hole in the ozone layer”. This summer the OMI science team received the prestigious Pecora Award from NASA and the US Geological Survey.

NASA’s Earth observation satellite Plankton, Aerosol, Cloud, ocean Ecosystem (PACE) is targeted for launch in 2022. It studies the various factors that affect the Earth's ocean ecosystems and chemistry, and atmospheric aerosols and clouds. SPEXone is one of three monitoring instruments on board. It will determine properties of aerosols and small dust particles in the air such as soot, ash and desert dust. 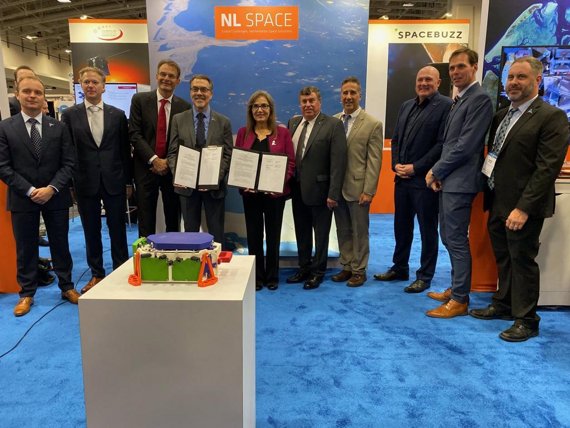