The scientific team behind the Dutch satellite instrument OMI has been awarded with the prestigious Pecora award. This award is presented annually by NASA and the United States Geological Survey (USGS) in order to recognize outstanding contributions by individuals or teams using remote sensing.

“I see this award as an acknowledgement for the international team that cooperated for many years leading to the success of OMI”, says Pieternel Levelt, Principal Investigator of OMI, from the Royal Netherlands Meteorological Institute (KNMI) and Delft University. 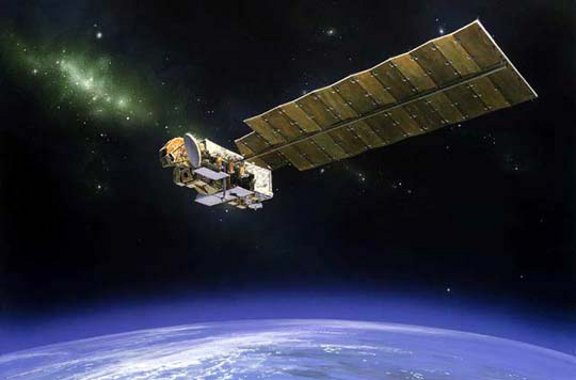 The Ozone Monitoring Instrument (OMI) is a spectrometer that can measure wavelengths from ultraviolet to visible light. OMI was launched in 2004 on board NASA’s EOS-Aura satellite. OMI daily measures the global concentrations of atmospheric ozone and other important gases in the atmosphere at high spatial resolution.

The OMI project is a collaboration between the Netherlands, Finland and the United States. NSO is leading the Dutch contribution. OMI is financed by the Ministry of Economic Affairs and Climate, the Ministry of Infrastructure and Water, and the Ministry of Education, Culture and Science. The instrument was constructed by Airbus Defence and Space Netherlands and TNO, together with numerous Dutch subcontractors. The Royal Netherlands Meteorological Institute (KNMI) processes and analyses the scientific data from OMI. 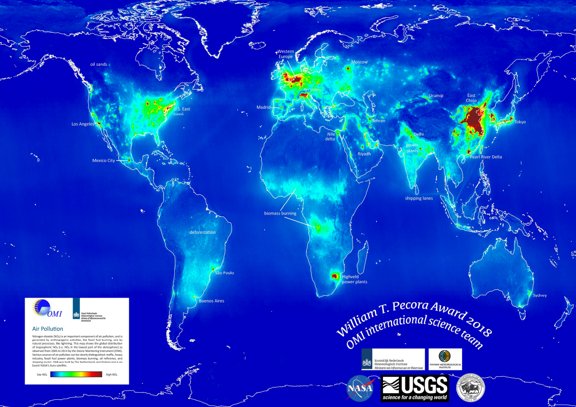