We still have a lot to learn about methane

When it comes to climate change, everybody immediately thinks about carbon dioxide. Methane, however, is far less well-known, even though this gas makes a considerable contribution to the greenhouse effect. The Dutch research instrument Tropomi will soon be in space, where it will detect methane in the atmosphere with unprecedented accuracy. To achieve this, Tropomi will make use of advanced hardware and equally advanced software. On behalf of SRON Netherlands Institute for Space Research, Haili Hu worked on the algorithm that enables Tropomi to find the fingerprint of methane in reflected sunlight. 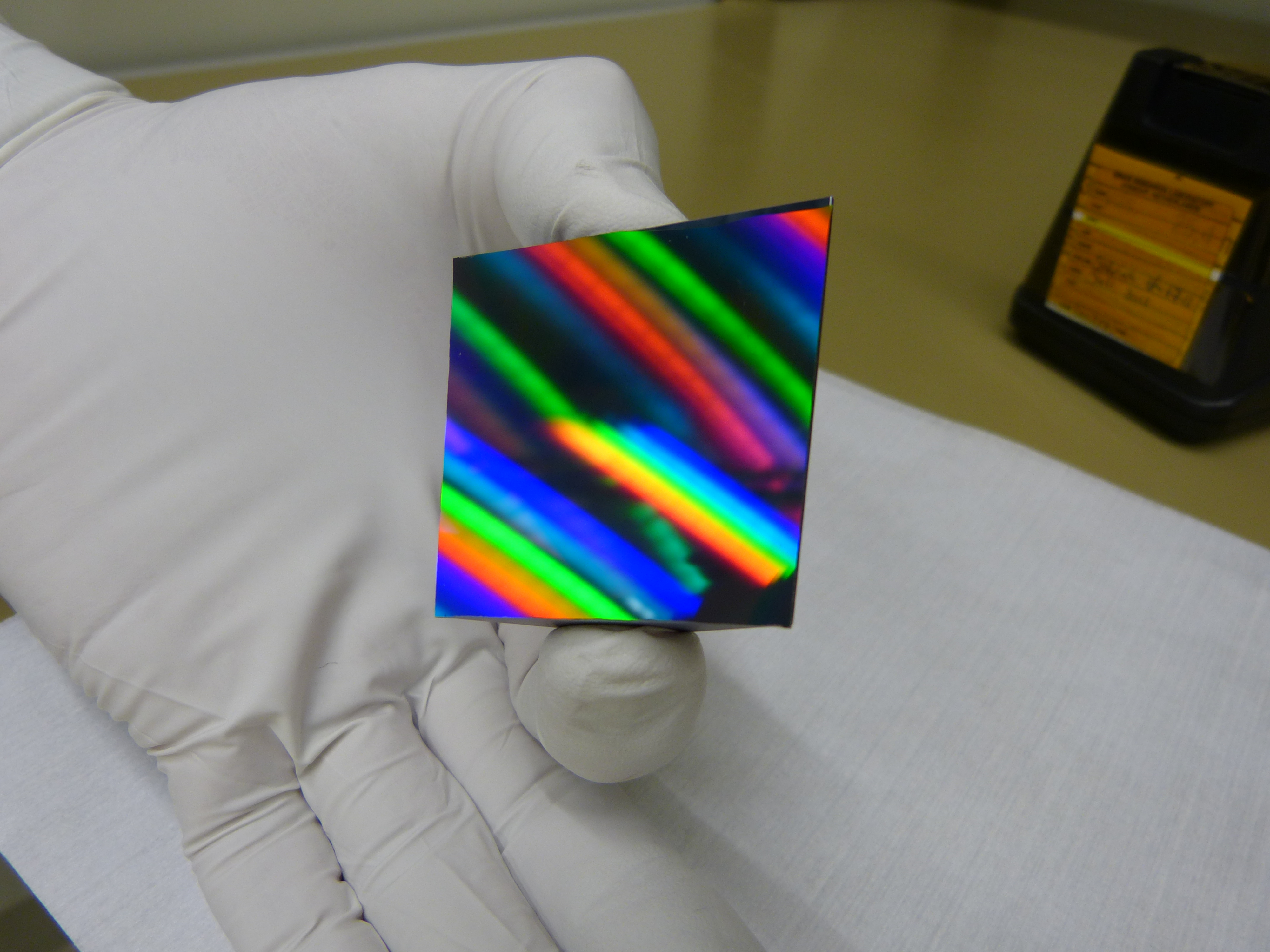 ‘We know that human activities such as livestock farming and agriculture as well as the exploitation of fossil fuels result in a high methane emissions. However, we still have a lot to learn about this powerful greenhouse gas’, says Haili Hu from her workplace at SRON in Utrecht. ‘For example, we see fluctuations in the quantity of methane in the current data that we do not always understand. There is a need for an instrument that maps the methane in the atmosphere far more accurately, and that is exactly what Tropomi will do.’

Imaging climate development and air quality
Tropomi is the acronym for Tropospheric Monitoring Instrument, and it is an example of Dutch technology and science at the highest level. Tropomi – which is part of ESA's Copernicus Sentinel 5P satellite – will capture direct and reflected sunlight, from which it will detect the fingerprint of methane, but also those of carbon monoxide, nitrogen dioxide, sulphur dioxide and ozone. This will provide a detailed picture of the global climate development and air quality on a daily basis and at the highest resolution yet. The scientific leadership of the project is in in the hands of KNMI and SRON.

Programming language
Hu became involved in the development of Tropomi five years ago. ‘I was appointed at SRON specifically for this project. I am a trained physicist and astronomer and have a lot of experience with physics, numerical computer models and the development of software. At SRON, we developed models that very accurately and quickly calculate the path that light takes from the sun to the satellite while considering the interaction of particles in the atmosphere. This was necessary to extract information about our atmosphere from Tropomi’s measurements.’

At the start of the project, we needed a lot of consultation and agreement with KNMI and the other parties involved to obtain clarity about what the operational requirement of the algorithms should be. Hu: ‘Together with my colleagues, I subsequently developed algorithms that can cope with the enormous data flow and that fit within an automated data processing system. In addition to the algorithm for methane, SRON provided the algorithm for carbon monoxide. With the help of simulations and real data from other satellites, we performed tests and further improved the algorithms. With our algorithms, we make the final data as reliable as possible.’

‘First light’
ESA is the body that will ultimately use the algorithms to obtain usable data from the raw data transmitted to us by Tropomi. Hu: ‘After the launch on Friday 13 October, we will first need to wait for the “first light”. That is the moment after the launch when Tropomi performs the first usable measurements and transmits data back to Earth. That will be a very tense moment for me.’

Data flow
A period of further calibration will start after that, during which SRON and the other parties involved will calibrate the incoming data and further refine the algorithms. The calculations will be performed by the German Space Operations Center in Oberpfaffenhofen, on behalf of ESA, and will require considerable computing power. ‘The amount of data is quite simply enormous, and that is not surprising when you realise that Tropomi maps the entire Earth every day in 15 orbits, in pixels that each cover an area of 7 by 7 kilometres. It is a continuous data stream,’ says Hu.

Further development
An important part of that data flow will also reach the researchers at SRON and eventually scientists throughout the world. Hu: ‘We will also make use of additional computer capacity to obtain the right picture of methane in the atmosphere. For example, we will make use of the computing facilities of SURFsara, the Dutch high-performance computing infrastructure. That will enable us to more rapidly identify methane hotspots, and we will hopefully learn more about the fluctuations that we observe. At the same time, we will continue to develop the algorithm.’ 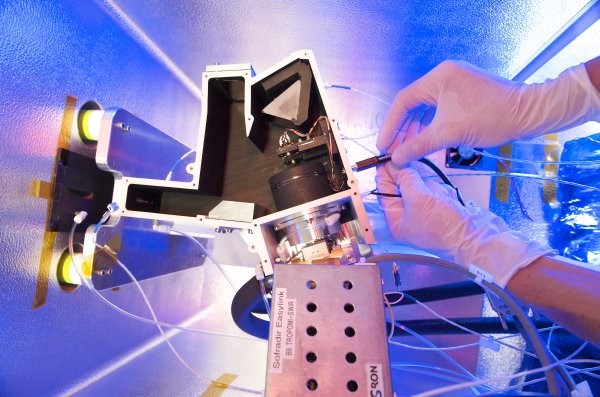 SRON developed more than just the algorithms for methane and carbon monoxide. Together with TNO, the space research institute developed advanced hardware in the form of the immersed gratings for the Shortwave Infrared (SWIR) module of Tropomi. These immersed gratings ensure that the light is efficiently deflected to the spectrometer, which ultimately performs the detection work.

Hu: ‘Tropomi is definitely one of the most engaging and large-scale projects within SRON, and an awful lot of colleagues have contributed their expertise. It is a fantastic privilege to work on Tropomi, and I am happy that I can continue to do so for the coming years. With Tropomi, the continuity of the data is guaranteed in the longer term, and that is exactly what we need to learn more about methane.’ 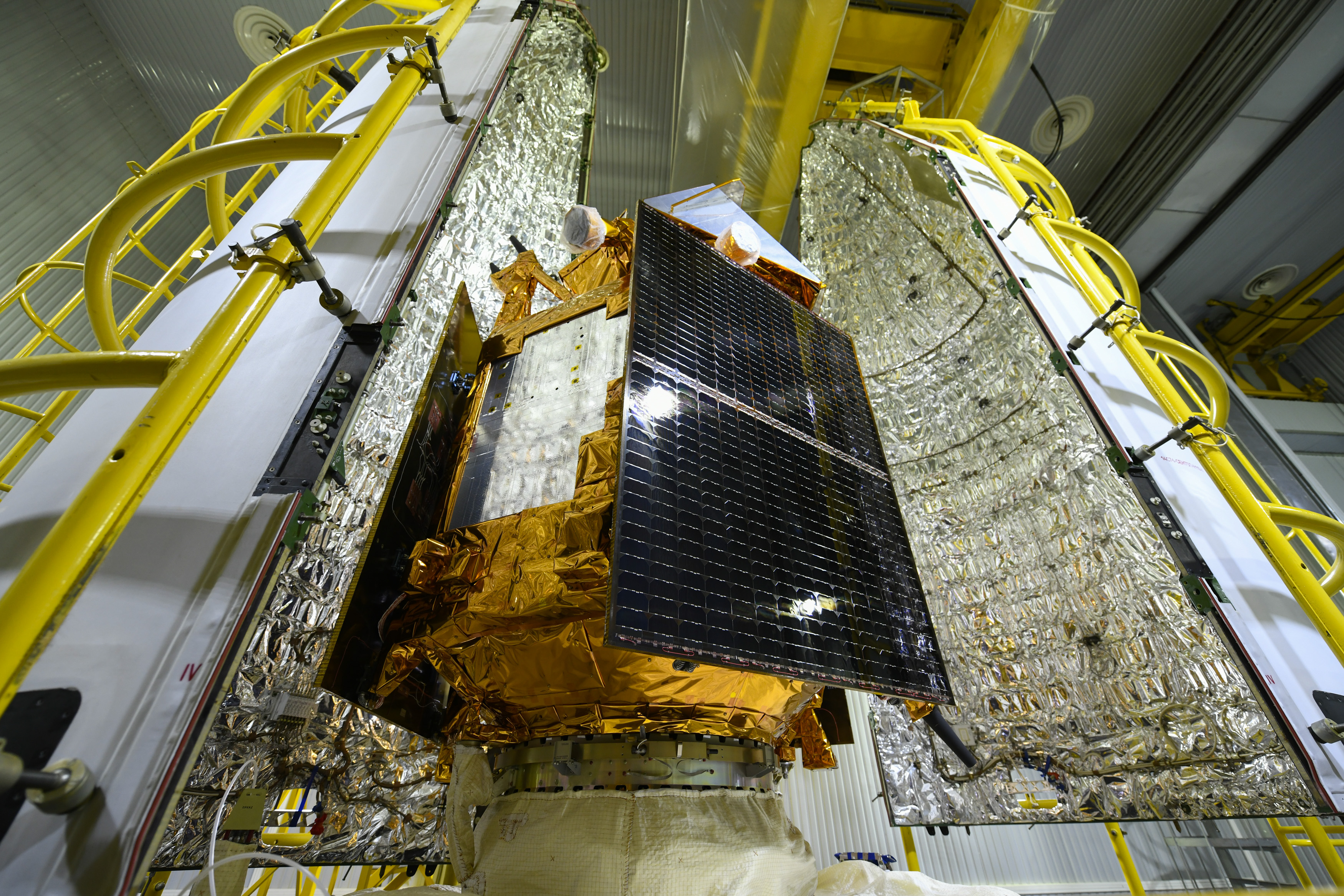