Netherlands Space Office
>
Home  / News  / With Tropomi, we are pushing things to the limit

With Tropomi, we are pushing things to the limit

‘You only experience a project like Tropomi a few times during your working life,’ says Nick van der Valk, systems engineer at TNO Science and Industry in Delft. ‘And yet, Tropomi is the latest highlight in a series of successful Dutch space projects. And on each occasion, we try to do things better and more innovatively than before.’ In the case of Tropomi, the experience of TNO is that all parties pushed things to the limit and only the best were involved. The increasing demand for the knowledge that the research institute invested in Tropomi proves that the worldwide space sector has seen that too.

How does one become involved in such a broad and significant project like the Tropospheric Monitoring Instrument, in other words Tropomi, as a systems engineer? ‘It is an organic process,’ says Van der Valk in the TNO building on the Stieltjesweg in Delft, where important parts of Tropomi saw the light of day. ‘During the development, there is a need for specific knowledge at a certain moment and that’s when they come for your expertise. At the peak of activity, 50 TNO colleagues were involved with Tropomi. The UVN module developed and built here is a spectrometer for ultraviolet, visible and near infrared light. The shortwave infrared module also contains a lot of our knowledge.’

Tropomi uses both modules to capture the sunlight reflected by the Earth at different wavelengths and to record this visually. Directly captured sunlight is also recorded. A comparison of the two images reveals which gases are present in our atmosphere and in which quantities. The result is the most accurate picture ever produced of air quality around the entire Earth.

This was not a surprise to anyone at the prestigious TNO, as the Dutch space sector had already raised eyebrows with Tropomi's predecessors. Van der Valk: ‘Our contributions to the space telescope GAIA and to space research into the ozone layer in the form of GOME, OMI and Sciamachy had already provided us with a lot of expertise.’

As a systems engineer of TNO, Van der Valk realised the importance of good interdisciplinary collaboration between the participating parties, including the scientists from KNMI and SRON who would ultimately work with the data provided by Tropomi. ‘Our job was to facilitate the scientists’ wishes as much as possible. For example, Tropomi has an unprecedentedly high resolution and the mirrors that bend the light are of unparalleled quality. But there are also limits as to what can be launched into space. Thanks to the fantastic collaboration, we were able to carefully consider each interest. And everybody did their utmost best in this regard.’

Van der Valk was closely involved in the Preliminary Design Review (PDR) and Critical Design Review (CDR) of the UVN module. ‘That’s the time when we all sit down and review whether we have done the right things and have made the right choices. Everything is put under the spotlight and that sometimes leads to inspired ideas at unexpected moments, like at home. My family, for one, heard a lot about Tropomi.’

Assembling the UVN module
In 2013, the UVN module was assembled at the Stieltjesweg. ‘All components of the module were put together with maximum accuracy and every single connection was thought through in considerable detail. Everything has to be able to cope with extreme conditions and still retain its accuracy.’ In May 2014, the module was transported to Airbus Defence and Space in Leiden, where it was assembled together with the other modules and components to produce Tropomi. An extensive verification and calibration process followed to test and safeguard the precision and durability of the entire research instrument. TNO was also closely involved in that process. 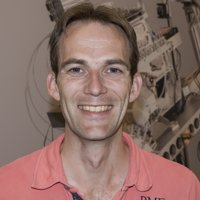 After the launch, which is planned for Friday 13 October from a Russian launch base, the accuracy of Tropomi still depends on one last unusual process: the annealing. Van der Valk: ‘During the launch, water vapour and other volatile materials are always released that could influence the functioning of the instruments. We will get rid of these substances by “annealing” Tropomi after its launch using heating elements. In effect, the equipment will decontaminate itself through heat. That process takes about a month. After that, at a distance of 800 kilometres from the Earth, Tropomi will be ready for use.’

Van der Valk expects that Tropomi will provide a wealth of information about the air quality and will do so for many years to come. ‘This instrument has been built with an estimated lifespan of 7 years. Its predecessor OMI had to last 5 years, but it has already been in service for 13 years. Optical instruments such as the UVN module have a long lifespan, but the detectors that record the images will deteriorate and pixels might stop functioning. However, I expect that Tropomi will continue to operate far longer than intended.’

At TNO, they are of course nervously looking forward to the launch. However, other projects are now demanding their attention as well. Van der Valk: ‘The knowledge from the project team is permanent. For example, we are currently working on satellite communication using lasers. This development is expected to make rapid progress in the near future. For the time being, however, there is also considerable interest in the technology that we produced for Tropomi. We regularly get phone calls about this, international ones too. Foreign parties are also interested in making use of our expertise. Overall, we have invested a lot of energy and knowledge in Tropomi, but we expect that this will prove to be more than worthwhile.’

Tropomi is a collaboration between Airbus Defence and Space Netherlands, KNMI, SRON and TNO on behalf of NSO and ESA. Airbus Defence and Space Netherlands is the principal contractor for the development of the instrument. The scientific leadership is in in the hands of KNMI and SRON. TNO developed, integrated and tested the telescope and the UVN channels. Tropomi is funded by the Ministry of Economic Affairs, the Ministry of Education, Culture and Science, and the Ministry of Infrastructure and the Environment.