I have absolute confidence in Tropomi

There was a year in which Daniël ten Bloemendal got little sleep. That year started in May 2014 and coincided with the factual birth of Tropomi, the subsequent extensive test programme and the integration with the Copernicus Sentinel-5 Precursor satellite of the European Space Agency (ESA). However, could you honestly expect otherwise if your Airbus Defence and Space Netherlands business card states Assembly, Integration & Test (AIT) Manager? In just a year, Ten Bloemendal and his colleagues subjected Tropomi to an endless battery of tests. And the Dutch instrument for research into the Earth's atmosphere passed with flying colours.

You could claim, of course, that the Tropospheric Monitoring Instrument (Tropomi) was actually born back in 2004, in the minds of the scientists who were then toying with the idea of measuring the various gases in our atmosphere from space with an unprecedented accuracy. And it would be equally fair to state that Tropomi evolved on both the drawing table of Airbus as well as in laboratories of the organisations that developed and produced the research equipment with incredible precision. Nevertheless, everything came together in 2014 at the current Airbus Defence and Space in Leiden, where all components were assembled and the technological feat called Tropomi became reality. 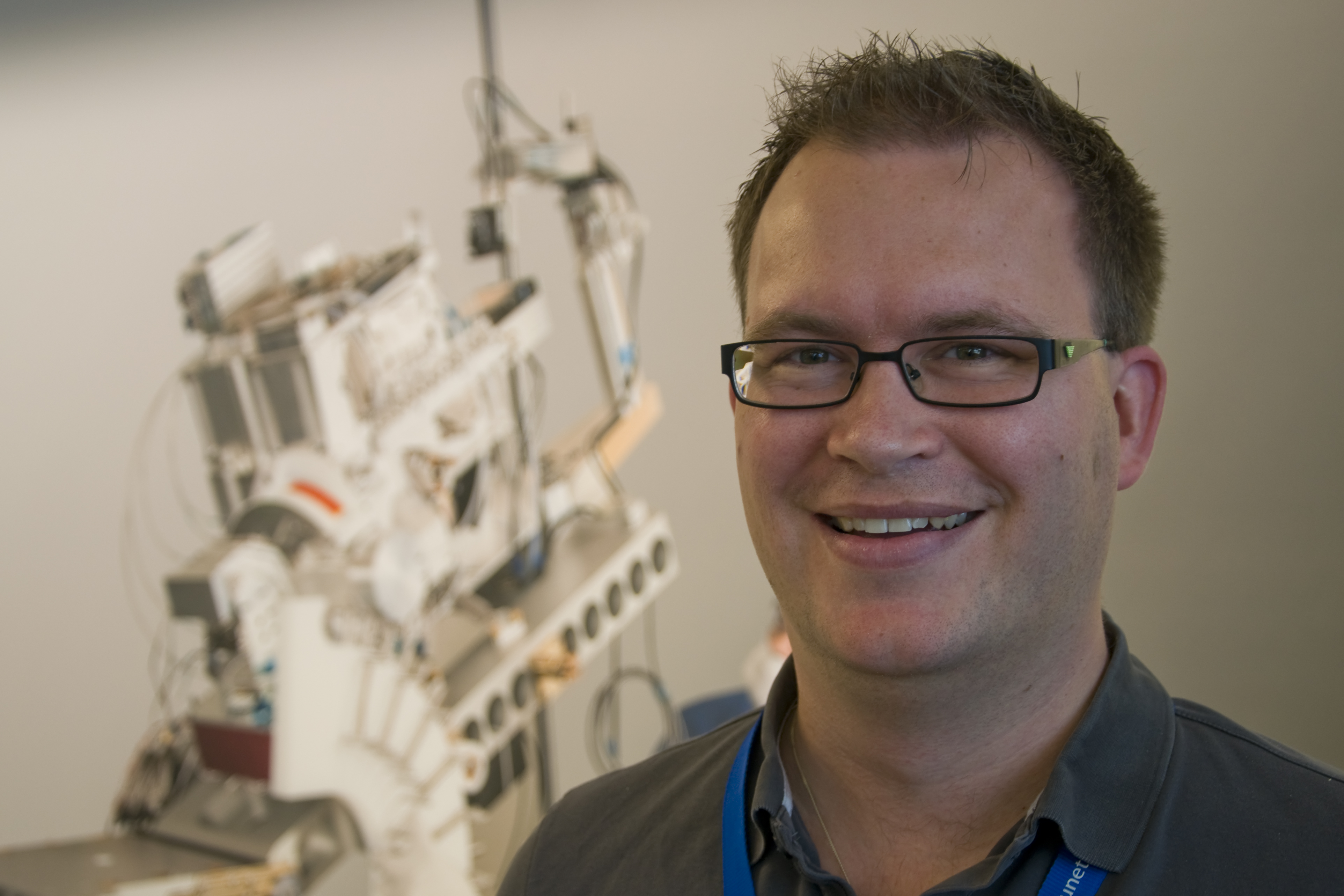 ‘To be honest, I've never let go of Tropomi since,’ says Ten Bloemendal, who tells about his involvement in the high-tech project with a contagious enthusiasm. ‘I was responsible for the assembly and integration and closely involved in the verification and calibration process of the instrument. It was a highly intensive period for many people from all parties involved. The testing in Leiden actually started before Tropomi was even assembled, as we had already performed many tests to perfect the software and electronic “housekeeping” before that time.’

In the winter of 2014, the components of Tropomi slowly started to arrive in Leiden, including the UVN module developed by TNO and the shortwave infrared module constructed in the United Kingdom. Both TNO and SRON Netherlands Institute for Space Research in Utrecht made important contributions to this module. ‘One of the fantastic things about this project is the incredible collaboration. All parties work with considerable enthusiasm and with a great feeling for communication. Problems during the test phase were often resolved in record time.’

The most intensive aspects were the vital verification and calibration of Tropomi. Ten Bloemendal: ‘In brief, the verification is intended to examine whether the instrument is good enough. During the tests in the Belgian Centre Spatial de Liège, we first tested the optical function of the instrument in various test setups and subsequently subjected it to vibration tests and thermal tests in a vacuum environment. In Germany, we also performed an acoustic test to simulate the noise of the launch. We subsequently carried out an optical test again to verify whether everything still functioned.’

Calibration for reliable data
After the verification came the calibration. ‘Due to the verification, we already knew that Tropomi was “good” and that it was capable of withstanding the conditions of both the launch and space. The next question was: “Just how good is Tropomi?” We can only obtain reliable scientific data using a properly calibrated research instrument. We tested the sensitivity of the spectrometers and calibrated them in dozens of test setups with an endless range of light sources.’

Christmas in the cleanroom

The months and Belgium were a tough period, as Ten Bloemendal recalls. ‘Even during the Christmas holidays, my colleagues and I were battling away with Tropomi in the cleanroom. There was considerable time pressure due to the planned launch date, and we achieved an impressive work rate. Only later did it become clear that the launch had been postponed.’

However, that was definitely not the case when, during the course of 2015, Tropomi arrived in the British town of Stevenage to be placed on the European Copernicus Sentinel-5P satellite. And even then, Ten Bloemendal was not done with testing yet. ‘The entire satellite was subsequently transported to Toulouse where it was again subjected to extensive testing. All in all, Tropomi has made a considerable trip through Europe and, together with others, I have accompanied it along the way.’

Ten Bloemendal will see Tropomi from up-close one more time when the last preparations for the launch are made in Russia. ‘Of course, we will only know if everything has gone well after the launch. However, we have performed so many tests that I have absolute confidence in the instrument. It will soon be by far the best and most accurate instrument in space for measuring air quality. I expect that the data will make scientists throughout the world extremely happy.’