By making new high-quality satellite data available for free, the Netherlands Space Office (NSO) hopes to encourage the markets to develop intelligent satellite applications. High-quality data have recently been added to the already existing Satellite Data Portal. This was made possible with the 1.4 million euros provided by State Secretary for Economic Affairs, Van Dam, earlier in 2017 to further the accessibility of satellite data. The agricultural sector is already making intensive use of the data. NSO now wishes to strongly encourage other sectors to use the available data to develop intelligent applications for a broad market.

Satellite photos of our country had already been available on the Satellite Data Portal for some time. The portal included the ability to put images next to each other and compare them. With the extra investment of 1.4 million euros over a three-year period, NSO will be able to make a great deal more data available. This includes data from space companies in Canada and China as well as Planet, an American company with a subsidiary in the Netherlands that sent a record number of mini-satellites into space in February. Together, these ‘Dove’ satellites will ultimately provide images of the entire Earth and will update these daily.

High resolution
The newly purchased data are not only high-resolution satellite photos of the Netherlands, but also high-resolution infrared data and radar data. Agricultural companies can use infrared data to monitor their crops and see which fields require extra attention, for example. Radar data are used, for example, to monitor the amount of moisture in the soil and to map out soil movement. According to Jasper van Loon, Applications Expert at NSO, the major advantage of radar data is that these data provide useful information, day and night, no matter the weather conditions. 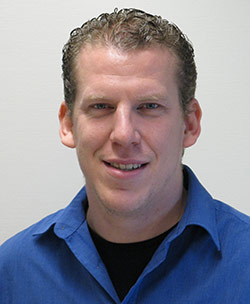 Jasper van Loon: ‘Especially the topicality of the satellite data is really impressive’. Frequent updates
Previously, the Satellite Data Portal had access to low-resolution data in preparation of the data from the European Sentinel satellites. Now both the Sentinel satellites and the new high-resolution data are available. The new data allow NSO to provide Dutch businesses with the most recent information at a higher frequency. The data are always as up-to-date as possible. This means the portal becomes more significant and gains impact.

‘All information on the portal is available as raw data as well as processed data that can be used and applied immediately,’ according to van Loon. ‘Everyone in the Netherlands can create an account on the portal and access, download and use the data.’

Accounts
1,700 accounts currently use the data on the Satellite Data Portal. Van Loon: ‘But there are a lot more users behind those accounts. For example, akkerweb.eu uses the information, and that means all the visitors to their website do as well.’ The agricultural sector has been making intensive use of the satellite data for years. And if the NSO has anything to say about it, other sectors will quickly follow.

Stimulus
The treasure trove of information on the Satellite Data Portal makes countless innovations possible that, in turn, can act as a stimulus for the Dutch business community and society. ‘On the other hand, we are also trying to get more government and semi-government bodies interested in satellite data,’ says van Loon.

The Netherlands Food and Consumer Product Safety Authority (NVWA) already sees the advantages; the institute uses information ‘from space’ for inspections. The Instituut Fysieke Veiligheid (‘Physical Safety Institute’) is using satellite data to improve their models for how fires spread. And Rijkswaterstaat is examining the use of satellite data for monitoring water quality.

SBIR
Furthermore, Dutch businesses can register for an SBIR scheme that explores the needs and further application of data. Van Loon: ‘Especially the topicality of the satellite data is really impressive. And it is available for free. It seems obvious that more entrepreneurs and government bodies will be finding their way to NSO's Satellite Data Portal rather soon.’