NSO space advice: investing shrewdly in emerging space market today will guarantee and strengthen the position of the Netherlands

Take advantage of opportunities in the emerging space market, optimise government processes with satellite applications and uphold Dutch space research. To do so, invest shrewdly but ambitiously in programmes initiated by the European Space Agency (ESA), and in a National Programme. This is the substance of the policy advice issued by the Netherlands Space Office (NSO) to the ministries responsible, which was published today.

The occasion for issuing the advice is the approaching ESA Ministerial Conference to be held on 1 and 2 December in Lucerne, Switzerland. ESA will present its proposals for the coming three years to the ministers of the ESA Member States responsible for space programmes. Dutch Minister of Economic Affairs Henk Kamp will represent the Netherlands at the conference. The Netherlands views the ESA Ministerial Conference as an opportunity to review and reassess its entire space policy. To that end, Minister Kamp sent a policy brief containing proposals for investing in ESA and in a National Programme to the Dutch House of Representatives, partly based on the policy advice from NSO. The brief was jointly drawn up by Kamp and his colleagues at the Ministry of Education, Culture and Science, the Ministry of Infrastructure and the Environment and the Ministry of Security and Justice. 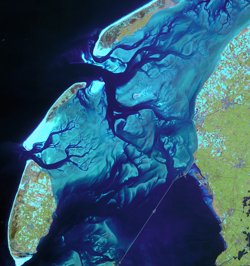 According to NSO, Dutch space policy cannot be viewed separately from the rapid developments happening worldwide. They require changes to be made, but also mainly offer new opportunities. Space is increasingly becoming the territory of commercial companies that are challenging their competitors to develop cheaper and more efficient space technology. Furthermore, the added value of space is also greatly increasing due to the greater availability of satellite data, such as those provided by ESA’s Sentinel satellites within the European Union’s Copernicus programme. Those data have and will have an ever-greater economic value in the information society. But there is also great societal value: handling climate issues will not be possible without satellites, and the added value of satellites for water and food security is undisputed. Satellite data provides the opportunity for governmental bodies –including the Dutch government and local authorities – to optimise their processes through smart applications. These might range from supervising agricultural plots to monitoring nature areas, or keeping an eye on soil and dyke subsidence.

The Netherlands is in an excellent position to continue to play a significant role worldwide or to establish such a role. Technologically, the Netherlands is among the best in a number of areas. One such example is the Dutch companies that supply essential technologies for European satellites and launchers. The presence of ESTEC, knowledge institutes and highly regarded universities make the Netherlands a fertile ground for the development of new and commercially interesting space technologies, such as nanosatellites, solar panels and various types of measuring instruments. There is also broad expertise when it comes to the application of satellite data in consumption domains such as water, agriculture, climate and air quality, and the Netherlands has a growing sector that is organising itself and providing global services in this area.

Against the background of global developments, Dutch qualities justify a robust level of ambition, NSO writes in its advice. Apart from aiming for an authoritative role for Dutch space science, the Netherlands ought to make efforts to acquire a substantial share of the new global space market. Moreover, satellite data provides a major opportunity for making government processes more efficient. Finally, the Netherlands is strongly committed to maintaining a good relationship with ESA whose largest site, the technological centre ESTEC, is located in Noordwijk, the Netherlands.

To achieve this, NSO proposes that the available space budget in the Netherlands, which is about 94 million euros for the coming three years in addition to the obligatory contribution to ESA (about 42 million euros annually), should be specifically invested in ESA programmes and in a set of instruments under a National Programme.

According to NSO, the priority in ESA programmes should be on Earth observation programmes and the development of new technologies and applications. The recommendation is to make investments of 59 million euros through ESA programmes in the next three years.

NSO also proposes a National Programme, in which the Ministry of Economic Affairs and the Ministry of Education, Culture and Science are advised to invest 35 million euros. This National Programme is intended to stimulate the chain of concept development from technology or application to actual end use by the government or the market by means of a number of regulations. This will facilitate established businesses or start-ups based in the Netherlands to acquire or strengthen their share in the market and enable government departments such as ministries to organise their processes more efficiently.